Harnessing Love and Gratitude to Combat an Aggressive Brain Tumor

Mary Jane Moline has never been one to shy away from a challenge. So when she was diagnosed with a life-threatening brain tumor, she was ready to face her treatment head-on. For Mary Jane, that has meant embracing with enthusiasm all of the therapy her Mayo Clinic care team has offered.

Mary Jane Moline, an energetic 62-year-old, never imagined she'd like being bald. She never envisioned enjoying meditation. She also never thought she'd look forward to going to the doctor. But since being diagnosed at Mayo Clinic in 2019 with an aggressive brain tumor known as glioblastoma, Mary Jane has found out a lot about herself.

Not only does she relish a shaved head and mindfulness, but she has discovered she delights in participating in cutting-edge therapies. She's also learned she feels most alive when she's with those she loves. "I am so glad to be here and be able to stay loved by the people I love. It's so exciting," says Mary Jane, who lives in Dundas, Minnesota.

Among the people she treasures are the Mayo Clinic physicians and scientists whose coordinated teamwork and compassion have given her extra time to be with those she holds dear. "The care I'm getting at Mayo is beyond belief and over any expectation that I had," Mary Jane says. "I feel like when I go down to Mayo for my appointments, it is a good thing."

The grace and positivity Mary Jane has exhibited throughout her treatment has affected all those she comes in contact with, says Mayo Clinic neuro-oncologist Michael Ruff, M.D. "She is so tough, and she is really fiercely battling this disease, but she also has a 30,000-foot view, as well. She is such a great person, and her whole care team, we all love talking to her."

Mary Jane has spent countless hours at Mayo Clinic since being diagnosed in August 2019 with a grade 4 glioblastoma — a type of brain tumor that originates in the glial cells that surround and support nerve cells. But the time she's spent at Mayo Clinic in Rochester has been energizing. She recalls receiving a phone call to set up her first Oncology appointments and feeling motivated. "It was exciting to me because I could start the process," Mary Jane says.

Mary Jane believes her enthusiasm for treatment will help in the fight against her tumor. "Glioblastoma — it's like the worst cancer," Mary Jane says. "Median survival is 11 to 15 months. Twelve thousand people are diagnosed every year, and 6,000 of those people die in 11 to 15 months. For me, that would be July 5, 2020. As I tell Dr. Ruff, I've never been median on anything in life, and I don't plan to start now."

On Aug. 5,2019, just days after the glioblastoma was discovered, Mary Jane underwent surgery. Conducted by neurosurgeon Ross Puffer, M.D., in Mayo Clinic's Department of Neurosurgery, most of the tumor was removed from the right side of her brain. Next, she began proton beam therapy as part of a clinical trial and received 30 sessions of high-dose proton beam radiation to her brain. Mary Jane also began an oral chemotherapy regimen at that time. In addition, she now wears a pioneering medical device on her scalp that is approved by the Food and Drug Administration. The device creates an electrical field in her brain to disrupt the tumor's growth.

The type of glioblastoma Mary Jane has is extremely aggressive. Her tumor is among the two-thirds of glioblastomas that contain a DNA-repair enzyme that quickly fixes damage done to the tumor caused by chemotherapy. "That's why we're doing everything we can as far as aggressive surgery, aggressive radiation and this external device," Dr. Ruff says.

Starting the process with precision surgery

In preparation for surgery to remove the tumor, Mary Jane underwent brain mapping to help her surgical team better understand how the tumor had grown among her brain tissues.

"Whenever we see a tumor close to critical structures, we can do brain mapping that show us where some of the important motor fiber tracks are in relation to the tumor," Dr. Puffer says. "It helps with understanding the 3-D orientation and being able to construct in your mind's eye the location of the tumor and its relationship to critical structures."

Then during the 3½-hour surgery, the team used monitoring that involved electrical stimulation to further direct the procedure. "We use small amounts of electric stimulation either on the surface of the brain or deep within the brain, and look for responses on electrodes placed on the arm or the leg," Dr. Puffer says. "If we see responses on the electrodes, we know we're very close to those important structures. It helps guide us in surgery to achieve a maximum safe resection."

"You'd think because they were just playing around in my brain, I'd have some pain, but I felt great."

Because the tumor was involved with brain tissue associated with Mary Jane's left-body function, a small fraction of the tumor — less than 2% — was left behind. "In the past, surgeons may have tried to be heroic and take out everything that could be seen, and the patient wakes up not being able to move her arm or leg," Dr. Puffer says. "But we've learned that it's better to preserve those functions, even if there's a small percentage of the tumor that remains, since that can be treated with radiation or medication."

Mary Jane woke from surgery feeling good. "You'd think because they were just playing around in my brain, I'd have some pain, but I felt great," she says.

When she was asked to raise her left arm, she did so easily. As she was wheeled out of recovery to the ICU, she waved to those she passed in the corridor. "With my left arm, which had been hardly useable before, I waved to them, and they all turned and waved to me," she says. "I was so excited to wake up."

"Most studies that investigate protons are trying to take advantage of its ability to spare normal tissue," says Scott Lester, M.D., in Radiation Oncology. "This trial uses that feature to not only spare normal tissue, but also to give more dose to the tumor and the surgical area with the goal of improving outcomes while protecting important functions in the brain that can be damaged by (conventional) radiation."

Mary Jane felt that the time she spent in her proton beam sessions taught her something about herself. "I've always been a failure at meditating because I can't stop thinking. But two weeks into the radiation therapy, I achieved perfect peace," she says. "I completely cleared my thoughts. It was just amazing. It was to the point where I was excited that I got to go to radiation because I got to meditate again."

At the same time Mary Jane was undergoing her proton beam treatment sessions, she started oral chemotherapy that requires five days of medication followed by a 23-day break. To date, side effects from the chemotherapy, which she takes with an anti-nausea medication, have been minimal.

One month after completing proton beam therapy, Mary Jane began wearing a specialized device on her head that has been proven to disrupt the growth of glioblastoma cells. The treatment, known as tumor treating fields therapy, is delivered via a cap fashioned from rows of electrodes that stick to the scalp. The cap is connected to a wearable battery pack. When the cap is activated, it generates an electrical field that disrupts tumor cell division.

"It sounds strange — like this is how they would treat cancer in the 1900s — but it has shown to prolong survival in a meaningful way in glioblastoma patients," Dr. Ruff says.

"I looked in the mirror and thought: 'Darn, I look good! I like being bald.'"

Since the device adheres directly to the scalp, patients typically must be bald to wear it. "Because it conducts electricity through the skin, you have to shave your scalp," Dr. Ruff explains. "Every day or two, you take off the adhesive, shave the scalp and place them back on. It's a big lifestyle change. You can wear things over it, like a head scarf or a wig, but it's large, and people will see it."

Mary Jane had little hesitation about wearing the device. When it was time to shave her head, she visited her hairdresser, who did the job free of charge. She thought she would cry over her new appearance, but her reaction surprised even herself. "I looked in the mirror and thought, 'Darn, I look good! I like being bald,'" she says.

During her first month with the device, she wore it 87% of the time. The second month she used it 94% of the time. During the third month, her use wasn't as high because Mary Jane took a few weeks off to allow her scalp a chance to recover, as it had become irritated from the adhesive.

Facing the future with an open heart

The effectiveness of Mary Jane's treatment against her tumor will bear out in the upcoming months and years. Despite not knowing the ultimate outcome, Mary Jane says she has no qualms about her future. "I really have no anxiety about what it is or what it's going to be. It's just going to be what it is."

In the meantime, she will continue her twice-daily workouts at the gym as she strives to complete 3½ miles on the elliptical in 30 minutes. She will persist in loving those who she values. She will maintain gratitude for each day as it unfolds. And she will continue to be comforted by the care she receives from the Mayo Clinic team who is rooting for her success.

"They sincerely want to help me and want my journey to be successful," she says. "That means so much to me."

Dr. Gonzalez earned her medical degree via Fifth Pathway Certification from New York Medical College, in Valhalla, NY.
After training at New York Medical College, she completed a Family Medicine Internship at University of Connecticut and afterwards went on to complete Psychiatry Residency at the University of Washington Medical Center in Seattle, WA where she served as Chief Resident at the VA Medical Center in Seattle, WA during her last year in training. She is Board Certified in Psychiatry by the American Board of Psychiatry and Neurology.
Psychology Today:   https://www.psychologytoday.com/us/therapists/tms-services-of-vancouver-vancouver-wa/771692
NeuroStar:                https://neurostar.com/providers/tms-services-of-vancouver/

Top 8 Mental Health Trends to Watch in 2022, According to Experts 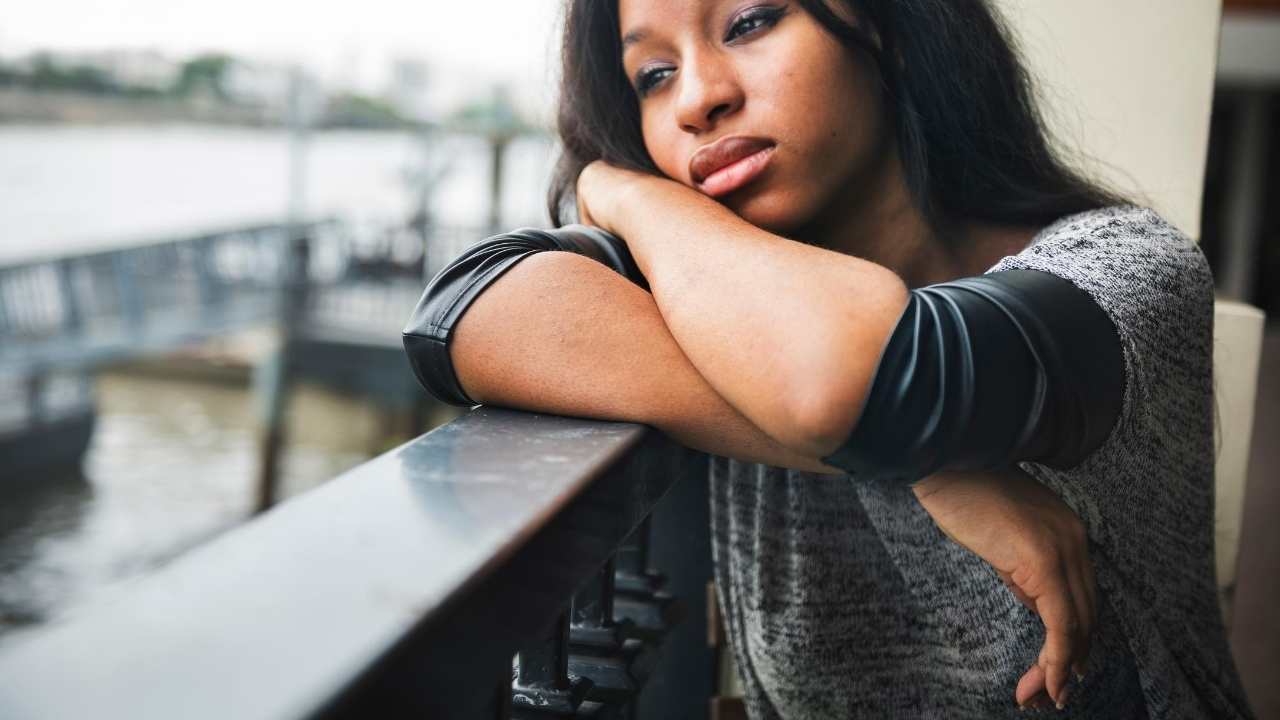 TMS Services Of Vancouver
Dr. Gonzalez also practices evidence based medicine for treatment of depression in patients who have not responded to antidepressant medication treatment with innovative, non-invasive NeuroStar TMS (Transcranial Magnetic Stimulation) therapy. Patients who have not demonstrated response to medications need options like NeuroStar TMS to improve their quality of life by achieving significant improvement or remission of depression symptoms. Current clinical evidence shows that as patients attempt more antidepressant medications, the likelihood of achieving remission declines while the likelihood of patients discontinuing treatment due to adverse events increases. We are looking forward to offering patients with depression not responsive to medications, a chance to have “their lives back” with TMS therapy.